There comes a time when we need to act with extraordinary courage. Not just the courage to stand up for our rights, reduce carbon emissions, eat less red meat, pollute fewer rivers, or make our societies cleaner, fairer, and greener. But something entirely different. Not just courage, but extra-ordinary courage.

Creating less or more – be it less pollution or more fairness – is tinkering. Benevolent tinkering, perhaps, but fiddling, nonetheless. It leaves the assumptions and the system that caused, and perpetuate, the problem entirely intact.

Switching to green fuels, diversifying food farming and ramping up technology may help clear the air in the rich countries but it doesn’t help those in the poorer nations who depend on coal, oil, coffee or rare earth metal mining to survive. Not just to thrive – but to survive.

While the demand for fossil fuels continues to rise; while we increasingly insist that farmers around the world exhaust their lands by mono-cropping, to supply us with coffee, tea, sugar, soya, maize, rice, sugar cane, wheat and cotton, and while our clean smart-phones and electric cars need child-mined cobalt, nothing changes at the source.
And if the current relationship between supply and demand continues, so do the consequences: more devastation of food-producing lands, more drought, more floods, more poverty, more corruption, more wars, more mass migration and flight, and yet more wars.

But that’s only half the story, because now the chickens have come home to roost. Our rivers are drying up, our crops are withering. Our homes are flooding. War is amongst us. Not just in Bangladesh, or Sri Lanka but in London, New York, and Berlin.

What we are seeing is that the world is a unity. What happens in Vegas (or Luanda or Dhaka) doesn’t stay in Vegas. It affects us all. And everything that happens – that we make happen – is the result of the vision, the model, we have created of how we want to live. And that, in turn, is driven by – and there is no better word for it – devouring. By the determination, at individual, corporate and governmental level to consume what we like when we like- and at the price we like. We even measure success by what we can control and consume – and how much more we can control and consume each year.

Over many centuries, but at white-hot speed in the last 50 years, we safeguarded that utopia, by turning continents into vast sweatshops to feed and serve us. We turned entire countries into commodity and food churning factories. Countries that once fed themselves, now had to import food. And for that, they had to earn foreign exchange, which meant that more and more resource had to be devoted to earning that foreign exchange. Which started another cycle: of borrowing, of increasing commoditization of land and people, at prices and wages that were continually squeezed, as the West looked for cheaper and more “reliable” suppliers – with shorter supply chains and higher volumes. And now we find that not only have we destroyed our previous “feeders”, but our current ones are at war or in drought or flooded. So, we are now in danger of running short of food and fuel. We are now faced with widespread poverty.
By following the locust world-vision we not only turned those countries who feed and supply us into wastelands but the dust storms have crossed our borders.

I believe that people – whatever side of the political spectrum they may be – know that our locust vision is unsustainable. They know it, not just at “a cellular level”, but consciously.
We know how and why we damage our planet. We are confronted by it all the time – on our doorsteps. When we smell the stench in our rivers, we know it comes from this factory or that abattoir supplying us with cheap clothes and food. We know that the heat from our air-conditioners has to go somewhere. We’ve all, at some time, coughed or choked on the fumes of a passing car, truck or a nearby factory. So, we know – of course we do – that the global scale of poisonous emissions must be choking a lot more of us. We have experienced or seen homes washed away in floods or burnt by wildfires.
We don’t have to travel widely or be climate experts, or even think deeply, to see these things. They confront us daily: in our homes, on our screens, in our senses.
We know and we are terrified. All of us. Climate deniers, tree huggers, oil producers and coal miners. We know that we are killing ourselves – and it scares the hell out of us.
And what do we do when we’re frightened? Again, we don’t have to be psychologists to answer that. We have our own experiences to tell us. Broadly, we either divert ourselves or we appease ourselves or we do something to solve the problem. Doing something takes courage – the bigger the problem, the more nerve is needed. And that’s why most of us, most of the time, are diverters or appeasers. As diverters, we may tell ourselves that there’s no problem at all. We’ll insist that the world’s been a lot hotter and drier than this; that we’ve always had changeable weather, that industrial Birmingham or Pennsylvania in the 19th century must have been a lot worse than it is now; that it’s the Chinese, the Indians, those others who need to take responsibility, for once. Or we’ll say that, actually, it’s all dangerous rubbish (there’s an irony for you) spread by communists/socialists/lefties/fascists trying to destroy our way of life. If all else fails, we’ll tell ourselves that we have more important things to do.

Then there are the appeasers: those of us who admit to our fear, send donations to UNICEF and the Pakistan Flood Appeal, divest from fossil fuels and feel sickened by stories of the 160 million children trapped in labour throughout the world. Our compassion is genuine, and we know that our model of success and our insatiable appetite are the reason those children are trapped. We confess, pay alms, and carry on.
Both sides are in fact doing the same thing: we assuage our terror by assuming the “others” are less human. We hold fast to the faith of “our way of life“ being a sacred norm that cannot, must not, be changed.

“We’ve worked hard for this. Why should we give it up?”
Well, the answer to that may that your way of life may be giving up on you.

The fear is not only based on the enormity of what we are doing but on the enormousness of the changes that we need to make.
As for our political leaders, they too know that the world is devouring itself. They too are terrified. They too divert, ignore or assuage. They too fiddle.
But power and fear make great allies. We make deals with our leaders. We choose leaders who will reflect and cocoon our fears. Leaders who will confirm that this is, indeed, all fake news and that it’s a plot by the enemy to destroy our precious way of life. That not only is the enemy “out there” – the lazy, the incompetent, the corrupt and the communists – but that they are amongst us. Or, if our fear needs to be assuaged rather than suppressed, we choose leaders who tell us they understand, set targets for cutting emissions and removing poverty and show that – like us – their hearts, if not their actions, are in the right place.

We choose leaders who, we know, will do nothing to change the roots of our problem. We choose leaders who have neither the courage nor the will to innovate or progress – because we fear what the alternative will bring. In exchange, we are willing to tolerate an extraordinary level of dishonesty and dissembling. Why? It’s not because we have “lost confidence in our politicians”. After all, we keep on electing them. It’s because we chose them to protect our three carefully kept secrets: that we do know we are destroying our world, that it terrifies us, and that, at least in the richer parts of the world, we are even more terrified to change. There’s another piece of irony for you. Those in poverty and in wealth both live in fear. The former, that nothing will change. The latter that something has to.


And so, I return to my first sentence: “There comes a time when we need to act with extraordinary courage.” That means we need to acknowledge – tree huggers and deniers in chorus – that this cannot continue. If we don’t feel strong or courageous enough to rid ourselves of our own addiction, then we need to have the courage to seek people who do. We need to have the extraordinary courage to scrap the deal we have made with our leaders to distract and assuage us. We will longer be entertained by the high wire acrobatics of Brexit, Maga (and their siblings) to distract us from the burning tent. We will no longer be comforted by the fireside chats of our assuagers telling us that the fundamentals are sound, and that we just need to lower/increase taxes, cut or increase health care.
We need to make a new deal with our political and business leaders: that we will elect them only if they have the extraordinary courage to face what we already know:
that our model of Me First – of success and achievement defined not just as Hegemony but as Monopoly -– has to be revisited at all levels: globally, nationally, economically, and individually.
And that, whatever our differences and resentments, amongst nations, political parties or groups, we’re in this together. So, the explorations and the solutions have to be found together.

Listen to the podcast on 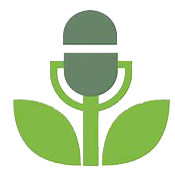 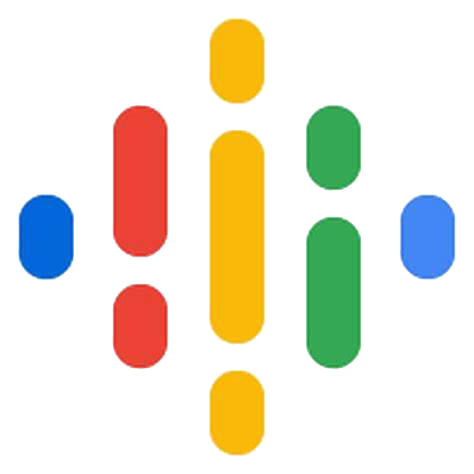